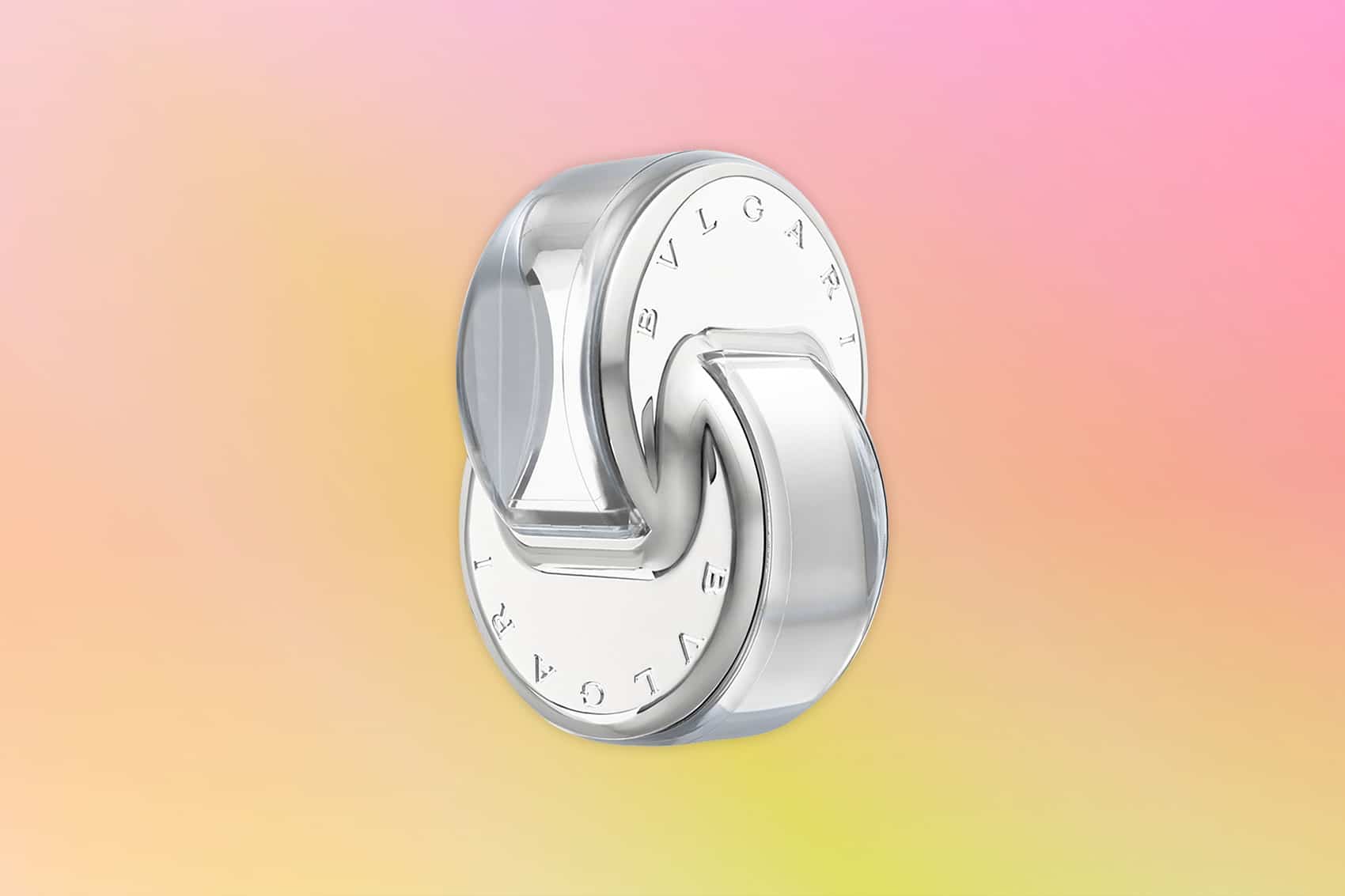 The first time I got a whiff of the Floral Aquatic perfume flanker was definitely not a love at first sniff. As I continued to wear it and received quite a lot of compliments (more then any perfumes I’ve worn before) I got to appreciate Omnia Crystalline more and it became my signature scent before I knew it.

If you want to know why I chose exactly the Omnia Crystalline, keep reading to find out. And  who knows, maybe it will become your new go-to perfume too.

The Omnia Crystalline was launched in 2005 as a flanker of the Omnia Bvlgari. The nose behind the Eau de Toilette was award-winning master perfumer Alberto Morillas, the same perfumer who concocted the Omnia Bvlgari, now a discontinued fragrance.

While the Omnia Bvlgari was a spicy oriental scent that took inspiration from Marco Polo travels around the world, the Crystalline is a floral aquatic scent which was inspired from the perfection of crystal. It reminds me of crystal clear waters running down a mountain lined with delicate florals and exotic fruits.

I have tried most of the Omnias, but nothing stuck on me more than the Omnia Crystalline. They are all nice, and make an easy daily wear, and while they are all different, they still have traces of the Original.

In today’s review, I am going to cover my impressions on the Omnia Crystalline, how it smells, how it develops, its longevity and a lot more, so you can be the judge at whether or not it is worth picking up a bottle.

The fragrance has heart notes of Lotus, Tea and Cassia with lotus being the major player. The tea alongside bamboo is where the Omnia Crystalline gets the distinct and green aroma, which I find very appealing. It distinguishes the composition from all the common flowers you get in women’s fragrances like iris, rose and lilly of the valley. If you are not a fan of bamboo and lotus flower, then the Omnia Crystalline is not going to work for you.

The base notes reveal Musk, Guaiac Wood, Balsa Wood, and Oakmoss, giving the light and crispy fragrance a little warmth, transforming into an elegant and feminine wear.

As far as how it develops on my skin, Omnia Crystalline opens nicely with pear and lotus, and I can’t seem to smell much of the green Bamboo. But then the fragrance unwraps the tea note which is just the right strength for my nose. Throughout the entire time on my skin, Omnia Crystalline stays clean. That is what I like about the fragrance the most. Being so airy and light, makes it pleasant to smell all day long.

The best way I could describe the journey of Omnia Crystalline on my skin is if I was sitting in a zen Japanese garden, drinking light crisp tea, surrounded by water, rocks, moss, pruned trees and bushes. While the notes unwrap throughout the day it’s like taking a sip of a different flavored tea, maintaining your zen in the peaceful garden.

Despite the fragrance being so light and airy, and the fact that it is an Eau de Toilette, I find it very long-lasting, anywhere from 4-6 hours. I always end up spraying it on my clothes as it extends the longevity for another few hours.

While Omnia Crystalline lasts many hours on my skin, it doesn’t project far. It seems that the projection is very loud at the opening, but then it drastically dries down. Sillage is nothing to write home about but considering this is an Eau de Toilette I can still notice someone wearing it if we were in the same room.

Omnia Cystalline is an extremely versatile fragrance. It is one of the best safest blind buys in my opinion. Since it is very easy to wear and not overwhelming, the fragrance can be worn anytime of the day no matter the occasion.

Who can wear it?

I find this perfume ideal for casual wear, so if you are looking for something unoffensive that you can wear in the office, the gym or at the doctor’s office, this is it. I think it is best suited for women 25+ as teenage girls prefer rather sweet scents. But it is safe to say that this is a very universal fragrance.

When to wear it?

While Omnia Crystalline truly is a versatile perfume and can be worn year-round, it is definitely a scent that performs better in warm weather when it brings out the best of it. But I won’t say no to wearing it winter too, to remind me of the beautiful summer days sipping on a cocktail in my favorite beach bar.

In terms of the time of the day, Omnia Crystalline can be worn during the day or at night. As I’ve mentioned earlier, it is a versatile fragrance.

How it makes you feel?

Wearing this perfume doesn’t require for me to be in a particular mood but it certainly helps me feel refreshed. I can wear it on a rainy day to brighten up my mood or whenever I want to smell clean and fresh.

What others are saying about Bvlgari Omnia Crystalline

The Omnia Crystalline is one of the best sellers from the Omnia collection. It is very-well known and genuinely liked by women of many generations. I have read a lot of reviews about the fragrance being unisex. While I can see that the musk can play a great role here, I still think it is rather elegant and feminine fragrance.

A lot of users comment that it is a fresh soapy scent resembling many soapy linen scents out there, and thus not unique at all. But I think that Omnia Crystalline is one of the most unique scents in the fresh aquatic category. You don’t smell rose, iris nor violet. It is bamboo, lotus flower and Nashi fruit (an Asian pear), which add to the originality of the fragrance.

Perfumes That Are Similar To Bvlgari Omnia Crystalline

People that like Omnia Crystalline like fragrances that smell light, clean and almost like fresh linen. Many users mention that it smells like D&G Light Blue and while I think it does smell alike to some extent, it reminds me more of Channel Chance Eau Tendre or Essence by Narciso Rodriguez. I can also smell the resemblance between the Bvlgari Eau de Parfum, Pur Blanca Avon and Eau Perfumee au The Blanc Bvlgari.

The perfume box is quite simple- a white square with a shade of light pink, but it is the limited edition box that is quite eye-catching. It is a hexagonal box paying homage to the world of Luna Park. The bottle is the same shape in all packaging of 65 and 40 ml, a uniquely shaped glass representing two interlocking rings with a crystal clear color unlike its colorful siblings, which I think speaks about the crisp and clean juice it holds.

There is no cap, and the spray mechanism works just fine. The only downside is that I feel it’s a bit of an odd shape to wear in your purse especially if you have the 65 ml bottle.

On the other hand, the 25ml bottle is part of the Jewel Charm collection and it’s a beautifully crafted bottle that exudes style elegance and class, just like a rare jewel.

Depending on where you are buying from, Omnia Crystalline Eau de Toilette Spray can cost from $48 for a 25ml bottle. It comes in 5, 25, 40, and 65 ml and it is an excellent value for money, so reapplying throughout the day is not going to break the bank.

Where To Buy Bvlgari Omnia Crystalline

You can find Bvlgari Omnia Crystalline at almost any department stores like Sephora and Nordstrom, but also at many of the online discounters.

The first time I tried this fragrance was in 2008. It didn’t blow me away at first, until I started receiving compliments and could smell the scent on my clothes for days on end. The reason why I like it the most is because it’s inoffensive. It is cool, light, crisp, fresh, green, and woodsy, and I used to wear it everyday at work. It was one of the few fragrances that didn’t give me a headache.

And not only did I get compliments, but some women ended up buying it for themselves too.I also like that it lasts quite a bit on my skin, despite being an EDT. One of the few downsides is that the sillage and projection are just below average, but I have no problem reapplying and touching up throughout the day, as the travel size fits perfectly in my clutch.

And luckily today, after 17 years of its launching, the Omnia Crystalline doesn’t show any signs of having been reformulated. It smells just as I remember it.