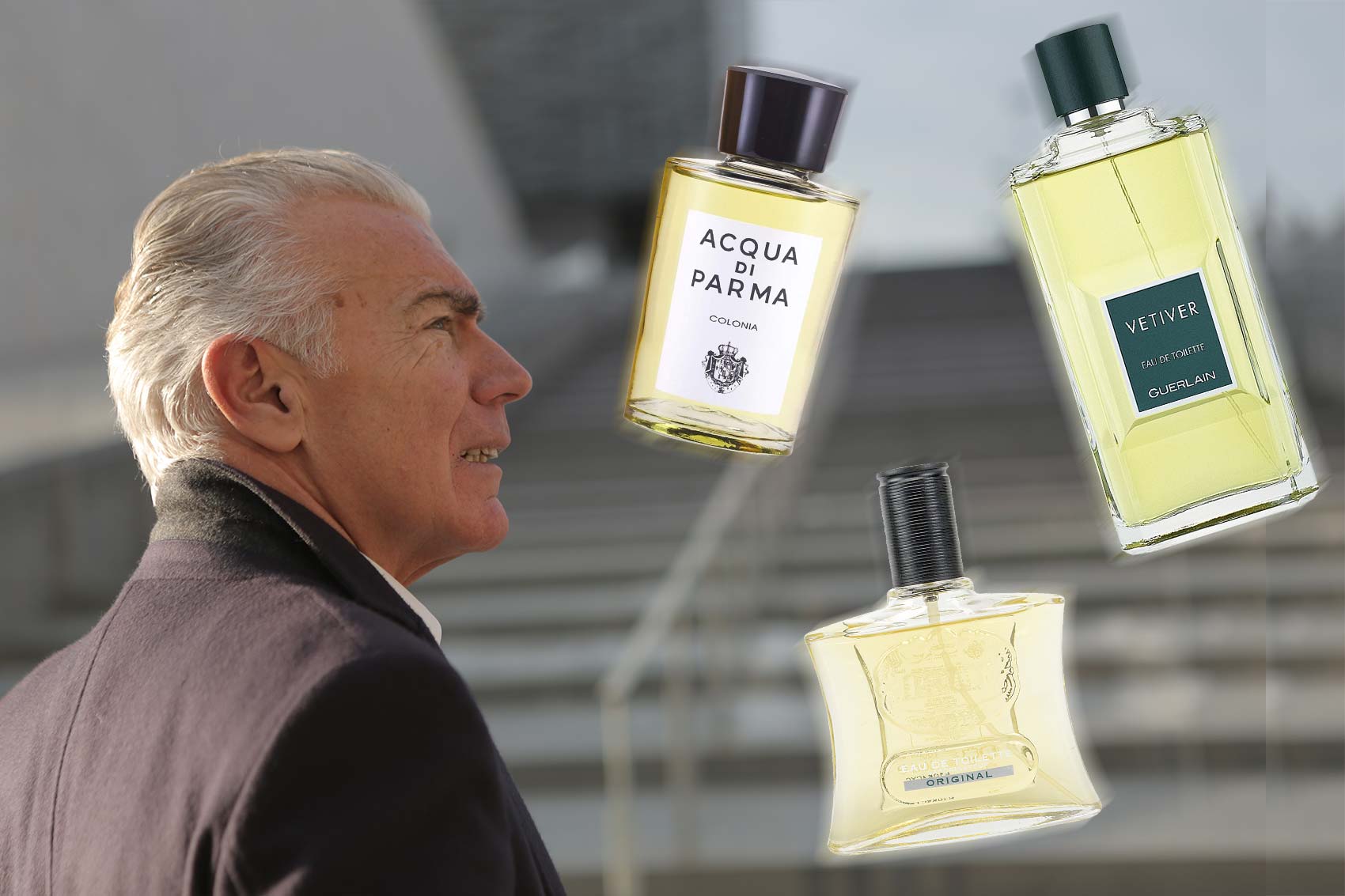 Whether you are looking to buy a gift for an older gentleman to ignite his nostalgia or treat yourself to a classic fragrance, there are many old-school men’s colognes to choose from. While modern scents may be all the rage, these timeless classics will always impress.

What Determines A Classic Fragrance?

You can call any perfume a classic if you feel that is what it is. But when we talk about classic colognes, we are referring to those that are universally recognized as having this status. For starters, for a cologne to be called classic, it needs to have had persistent popularity. Not just for the generation that experienced it in the first place but for generations that followed. A great example of this is Chanel No 5, although this is a women’s perfume, it perfectly demonstrates classic status.

Moreover, a classic fragrance must be widely considered to be of an excellent quality. Colognes that are lacking in quality would never reach the status of being called a classic. In addition to this, a classic cologne must have had a serious impact on the fragrance industry.

Now by this, a lot of people would assume that I was talking about whether the perfume had made a pretty penny. Of course, sales do matter but it is more about the influence that fragrance had on the industry.

A cologne such as Cool Water, which saw fresh aromatic fragrances soar in popularity had that kind of impact. In the 1990s, Jean-Paul Gaultier’s Le Male made such a dramatic impact, making men feel attractive and powerful, that it is still widely used today by guys who want to attract the attention of the opposite sex.

12 Best Classic Old School Colognes For Men of All Time

It doesn’t take a cologne expert to see that there are classic fragrances being created every day. Some of the colognes released in the last few years look set to become classics, but what about those from long ago? Are there any colognes that remain as popular and high-quality today? You can bet your bottom dollar there are.

Launched all the way back in 1916, Colonia by Acqua di Parma is considered one of the original classics. This delightful aromatic cologne is filled with citrus and woody notes that transport you to a golden coastline in the height of summer.

Inspired by Italian chic, Colonia has been favored by many famous names over the years including Cary Grant. This old men’s cologne is the epitome of elegance and class and is ideal for guys of all ages who aren’t afraid to demonstrate this side of themselves.

But what is really great about Colonia by Acqua di Parma is that this is one of the more affordable old-school colognes for men, making it accessible to the current generation.

Hailed as one of the most classic old-school men’s cologne, Vetiver was originally released in 1959 and was a huge hit. However, the fragrance lost its way a little but was released in 2000 reclaiming its place on the list of classic colognes.

As its name suggests, Vetiver by Guerlain features prominent notes of vetiver and these are complemented by a whole host of other scents. Bergamot and tobacco clash at the head for a very unique start while the base leather, civet, and myrrh for a rich and warm finish. Vetiver is a fragrance for gentlemen who want to show off their sophisticated side.

Brut by Faberge was launched in 1968 and became instantly popular. I can imagine the likes of The Beatles dousing themselves in this spicy aromatic fragrance before being fawned on by their doting fans. While you and I may not be global superstars, Brut is a cologne that will make you feel that way.

Being such a classic, Brut needs no introduction and is instantly recognizable from the first spray. With notes of anise, lavender, basil, and bergamot at the head, a floral heart is quickly revealed. At the base, woody notes, vanilla and tonka bean create a sweet, intoxicating finish. If you want to feel truly nostalgic, Brut is a great choice.

Even the bottle that Polo Ralph Lauren comes in exudes class and luxury. Back in 1978, this cologne made a real impact on the perfume industry and its fans. The scent is an intensely aromatic woody chypre that is inspired by beauty.

One of the most stand-out features of Polo Ralph Lauren is that there are no floral notes, aside from chamomile which makes this a very masculine scent. Back in the day, flowers may have been seen to be feminine and so this is the fragrance for ‘men’s men.’

Polo Ralph Lauren wears very well and just a few sprays will see you through the day and beyond making this ideal for transitioning from day to night.

In recent years, Dior launched a new take on this classic fragrance which is delightful but not a patch on the original. Eau Sauvage is everything it means to be a man and is a fragrance filled with citrus notes like lemon and bergamot. These are complemented by spicy notes and rosemary for a rich, earthy tone.

While Eau Sauvage was released in 1966, it found popularity in the 1980s but since this isn’t a hugely intrusive fragrance, it works very well for daytime wear. The scent is delicate yet powerful, elegant, yet impactful. If you like diversity in a cologne, Eau Sauvage is for you.

Le Male is a warm amber fougere fragrance that has a unique and unmistakable scent. As soon as you catch a whiff, you instantly know what this is. That is what being a classic is all about. Yet Le Male doesn’t fall into the norm and boasts an original composition that includes lavender, mint, cinnamon, and vanilla. In a word; it’s inviting.

At the turn of the century, a lot of things happened in the fragrance industry. Gourmand perfumes were coming into their own and woody spicy colognes for men were at the height of fashion. Not much has changed and 1 Million is just as popular as it was when it was released in 2010.

1 Million is a luxurious cologne for men that was inspired by the idea of wealth and power. Presented in a bottle shaped like a gold ingot, this is evident from the off. A citrus start combined with mint leads us to a spicy heart with notes of rose. As it dries down, 1 Million reveals leather, patchouli, and amber alongside woody notes giving this cologne a beautifully warm character.

7. Creed Aventus – Men’s Cologne That Will Become A Classic

Launched in 2010, Aventus by Creed has snowballed in popularity. As one of the most luxurious and prestigious brands in the world, Creed knows what it is doing and as such, we are left with a powerful and masculine fragrance. Aventus was inspired by the idea of war and peace and perfectly suits guys looking for a way to show off their optimistic and outgoing personality.

With notes of pineapple, birch, jasmine, musk, and ambergris, Aventus is instantly recognizable and truly intoxicating. When looking to attract attention, this is a fragrance that will quickly turn heads.

Chanel is one of the most well-known and respected perfume houses in the world and many of their fragrance has become classic. Launched in 1955, Pour Monsieur is a citrus aromatic fragrance that oozes classic style.

Perfect for elegant gentlemen who want something that will open up throughout the day. Beginning with lemon and neroli, Pour Monsieur gradually moves into a heart of ginger, coriander, and basil. At the base, oakmoss and woody notes combine for a sophisticated scent that lasts far past the end of the day; perfect for date night.

This is a fragrance that dates back to the late 1800s and is a citrus scent that is perfect for gentlemen who like a simpler cologne. But simplicity certainly doesn’t mean boring. Extract of West Indian Limes is a heady fragrance that captures the class and elegance of the wearer’s personality.

A unique blend of lime, Extract of West Indian Limes is a refreshing scent that is perfect for daytime wear, especially in the summertime. There is a very green feel to the cologne with hints of conifer giving a distinct sharpness that works very well after a wet shave.

Obsession by Calvin Klein was a huge hit in the 1980s and is a fragrance filled with character. This is a great cologne for guys who want to show off their seductive side without losing their sophistication and elegance.

Beginning with a heady concoction of citrus notes, lavender and cinnamon, Obsession is not a timid fragrance. Its heart features jasmine and pine alongside rosewood and myrrh before melting into a sandalwood, patchouli, and vanilla base. There is a nostalgic feel to Obsession but not so much so that this doesn’t feel like an equally modern fragrance for younger men.

When asked to think of an old-school men’s cologne, a lot of people would instantly think of Aramis by Aramis. This is a truly traditional fragrance that was created to become a classic. With beautiful accords including aldehydes, clover, jasmine, and vetiver, there is a truly timeless character to the scent.

But Aramis is not just for older guys with a taste for the past. Oh no! This cologne features such a complex blend that even the younger generation will fall in love with one aspect of it. Leather gives an alluring vibe to the dry down, while coconut takes you to a tropical paradise and beyond.

When it comes to choosing a classic fragrance one of the first things you must consider is the type of scent you like. This can be difficult because the colognes that are being released in modern times are vastly different from those we saw even 20 years ago.

While you may like one of the many spicy colognes that are on offer today, aromatics were popular back in the day. It is worth experimenting with samples and seeing how each fragrance dries down on your skin, allowing you to see how you wear each cologne. It is essential to keep in mind that just because Old Spice smelled great on your dad, it might not work as well with your body chemistry.

You must also think about how much you want to spend on your old-school men’s cologne. Once something reaches that classic status, it gives way to the manufacturer to hike up the price. Just look at the cost of a classic car compared to a new one. Fragrances that are so highly sought after may be a little more.

That said, investing in something like a classic fragrance is worth the money since you will feel confident that you are buying quality. In my opinion, that is the most important thing.

The world of perfume is bursting with fragrances and there are more and more being launched every year. It can be hard to keep up but if you want to feel confident that the fragrance you are buying is high-quality and smells incredible, buying a classic will help to ensure this.