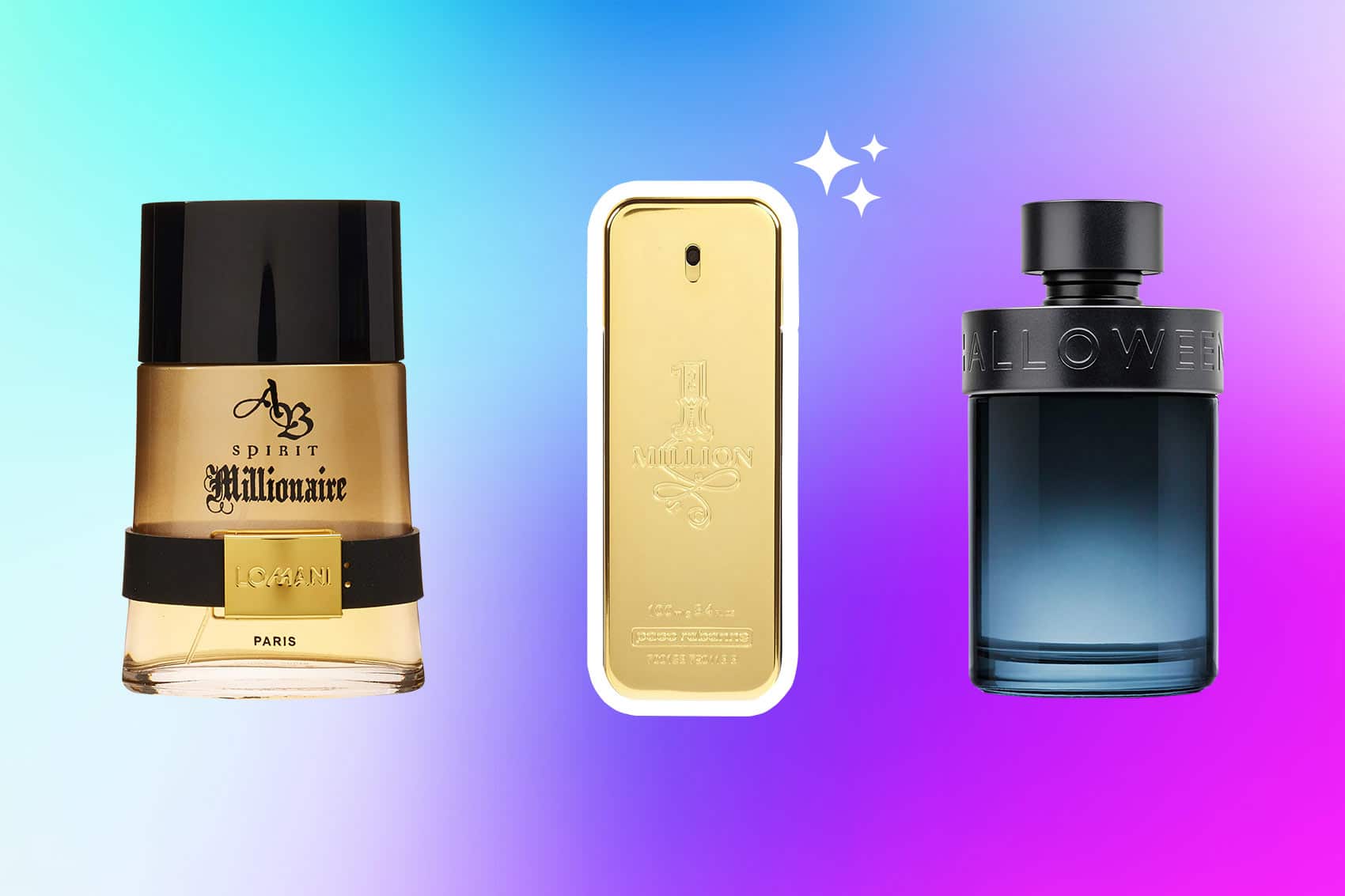 Since 2008, men all around the globe have been enamored with the sensual scent of 1 Million; one of Paco Rabanne’s most successful fragrances. It is estimated that more than 1.32 million people use the perfume every year.

But if you want that woody spicy scent for a fraction of the cost, you might look at Paco Rabanne 1 Million clones; and I’ve found some great ones.

What Paco Rabanne 1 Million Is About

1 Million is a woody spicy fragrance for men that was released by Paco Rabanne; a fashion and fragrance house that has become a household name since its launch in 1966. With luxury, contemporary design as its main concept, it’s not surprising that 1 MIllion is aimed at the modern gentleman.

This fragrance is made up of a very distinctive blend of scents giving it a unique aroma that is not easily mistaken. It’s for this reason that so many people choose it as a signature scent; once you’ve caught a whiff of 1 Million, you’ll recognize it every time. I, myself have very vivid memories of interacting with people wearing 1 Million and they’re lodged in my mind forever.

The perfume begins with uplifting citrus notes including grapefruit and blood mandarin which sit alongside the freshness of mint. As we move through the heart of 1 Million, rose, cinnamon and spicy notes fill the nostrils.

At the base, 1 Million becomes an intoxicating blend of patchouli, leather, woody notes, and amber giving it a very rich finish. You’ll also notice that 1 Million lasts an eternity on the skin which is another reason so many people fall in love with it.

It’s not the most expensive perfume on the market but there are certainly cheaper alternatives. This is something that a lot of people search for when looking for Paco Rabanne 1 Million clones but others simply want something less in your face.

While 1 Million is, without doubt, a delightful fragrance, it can be very heavy and some might say cloying. For this reason, finding a more delicate similar fragrance makes sense for day-to-day wear and you can save 1 Million for those special occasions.

This is a woody spicy fragrance so it immediately falls into the same family as 1 Million and the name is pretty close too. But how does it live up in terms of smelling similar? Well, the good news is that AB Spirit Millionaire does have a lot of the key notes used in Paco Rabanne’s super popular perfume.

There are those initial citrus hits including mandarin and you’ll still find rich spicy notes at the heart. Although here, the rose is replaced with jasmine and while equally beautiful, the scent between these flowers is markedly different. At the base, you get amber which is prominent in the original and the woodiness of cedar for something that’s very similar.

The biggest selling point of AB Spirit Millionaire is its price. It’s far cheaper than 1 Million and amazingly, still lasts just as well on the skin. However, there are many people that don’t like the muskiness of this fragrance which makes it a little sweeter than the original.

Halloween Man is a remarkably similar fragrance to Paco Rabanne 1 Million without just being a boring direct copy. It’s got a personality all of its own and combines some of the most well-loved notes of the original with some unique new ones.

For example, you get that citrus hit at the start but it’s accompanied by basil, martin, and violet leaf. While moving through the heart, there are cinnamon accords similar to 1 Million along with lavender, ginger and orange blossom. That’s what I meant when I said it had its own personality.

The base is not unlike 1 Million with amber and leather being heavily featured scents alongside vanilla and musk. Those accords make the finish slightly sweeter which could be a downside if you prefer the woody spiciness of the original.

That said, it lasts exceptionally well so you won’t need to keep respraying and the cost is but a fraction of the original so you’ll save a pretty penny.

One of the qualities that makes 1 Million what it is is that it’s considered to be a very sensual and sexy fragrance. Antonio Banderas is considered to also be incredibly sexy so it makes sense that the two go hand in hand. And the Hollywood superstar presents us with this aromatic spicy perfume for men that has a pretty good resemblance to Paco Rabanne.

I wouldn’t suggest this as a fragrance for people who want an exact clone but that isn’t what you’ll get. But what you do get are many of the same accords that give The Golden Secret a similar personality to 1 Million.

Notes of mint, spice, leather and woods are all present throughout the composition but they’re paired differently. This makes The Golden Secret a good choice for folk who want an alternative within the same fragrance family.

It’s also important to note that while Banderas’ offering does come in at a much less eye-watering price, you don’t get the same longevity, so you might need to top up throughout the day.

For a fragrance that is so friendly on the wallet, I was surprised at what a close match to 1 Million this is. What’s more, it performs very well for a budget perfume and while not as long-lasting or intense as Paco Rabanne, it’s certainly excellent value for money.

Club de Nuit Man features a strikingly similar composition to 1 Million and is, in my opinion, perhaps the closest clone. It begins with the exact opening and is followed by a heart that differs only in the lack of rose or any floral accords. The base, on the other hand, is exactly the same.

If you’re looking to get that unmistakable 1 Million scent for less, Club de Nuit should be a serious contender. As I mentioned, however, the longevity and projection are lacking so you might need to use a little more per application.

When I first looked at the packaging of Billion Dollar, my heart sank. Let’s be honest, it looks cheap and frightfully like a rip-off. But, my mother always taught me not to judge a book by its cover and so I delved into this fragrance with an open mind.

And boy am I glad I did. For less than half the price of a bottle of 1 Million, this incredibly close clone hits the nail on the head. It features many of the same notes to create an almost identical composition. It is missing those all-important rose elements at the heart and the base isn’t quite as complex but it’s close enough.

What’s more, Billion Dollar is a far less intense fragrance than Paco Rabanne 1 Million which could be a good or a bad thing. For some people this is ideal as it makes the fragrance more suitable for day-to-day wear. On the other hand, some might find this lesser projection to be a downfall. Either way, there’s no denying that this is one of the closest clones.

If you aren’t bothered by how much you pay for a fragrance then you might like Armani Code Profumo. Let me reiterate that; you aren’t going to save any money buying this fragrance but it’s a great one for mixing things up and not having to wear the same scent everyday.

The blend of scents here is very similar to 1 Million but much like other clones, it has its own character. The citrus accords at the head are blended with apple while the middle notes have the addition of earthy lavender.

At the base, Armani Code Profumo has those all-important amber and leather accords that are complemented by the warm sweetness of tonka bean. I like this unique take on the woody spicy fragrance that sets Armani Code Profumo apart while still being close enough to be called a dupe.

Is it as strong as 1 Million? Probably not. But it will still fill a room with fragrance and leave people with the image that you’ve been there. Just not quite as intensely.

7. Mesmerize Black For Him Avon

Avon is known for creating incredibly affordable fragrances and let’s not try to deny the fact that almost all of them are copies of more high-end brands. But that’s not a bad thing since this company has gained notoriety for doing this so well.

Mesmerize Black For Him uses many of the same fragrance notes but mixes them up to create something similar but not exact. It’s the kind of perfume you’d smell and say I recognize that but I can’t put my finger on it.

All the key ingredients are there; mint, leather, spices, and woods with a few additional scents thrown in for good measure. It’s nowhere near as powerful or long-lasting as 1 Million but then with a price tag this low, you couldn’t expect it to be. That said, it’s long-lasting enough for a day at the office.

Moreover, this one boasts a striking resemblance to one of the other fragrances on this list; Armani Code Profumo so you could say you’re getting two clones in one.

I was a little unsure as to whether to include this fragrance on my list but for fans of 1 Million who want a slight change, I think this is a great option. Yes, you’re still going to have to pay the same high prices associated with the brand which is a downside but it’s not the end of the world.

You might say that 1 Million Intense is a ramped-up version of 1 Million with additional notes giving it far more depth. At the head, the original scents are coupled with saffron and black pepper while we now also find neroli at the heart.

As it dries down, 1 Million Intense has many of the same accords along with orris root. What you’re getting is something that would make a nice change from 1 Million without deviating too much from the original composition.

This one lasts about as long as 1 Million and has excellent projection so much like the original, I’d say this was more suited to being an evening fragrance or for special occasions. Some may find its intensity to be too much to wear as an everyday signature, but I find it to be perfect for me.

In Conclusion To Choosing A 1 Million Clone

1 Million is perhaps one of the most iconic and well-known men’s fragrances of the last few decades. It’s gone from strength to strength with everyone from teenage boys to sophisticated fragrance veterans having this in their collection.

But while it’s nice for a special occasion, Paco Rabanne 1 Million can be a little in your face and this doesn’t make it ideal for things like work or school. What’s more, it’s one of the more expensive perfumes out there, and while not the most expensive, lots of us would like to save where we can.

But not to worry; there are some fantastic Paco Rabanne 1 Million clones on the market at the moment and there’s truly something for everyone. From 1 Million flankers for die-hard fans to super budget dupes that are hard to tell from the original, 1 Million is one of the most copied fragrances in the world.

When you’re choosing a perfume similar to 1 Million, you want to make sure that you get the same scent profile. Choosing fragrances with citrusy openings is a great place to start while spicy heart notes with hints of rose will be the best match. One of the most prominent features of 1 Million is its rich, woody base so keep an eye out for notes such as leather, woods, amber, and patchouli and you won’t go far wrong.

Fragrance Review is dedicated to providing expert opinions, information on trends and the latest product releases from major brands in the fragrance industry. We are passionate about making sure you make an informed decision when it comes to choosing your new fragrance. Read more about us here.