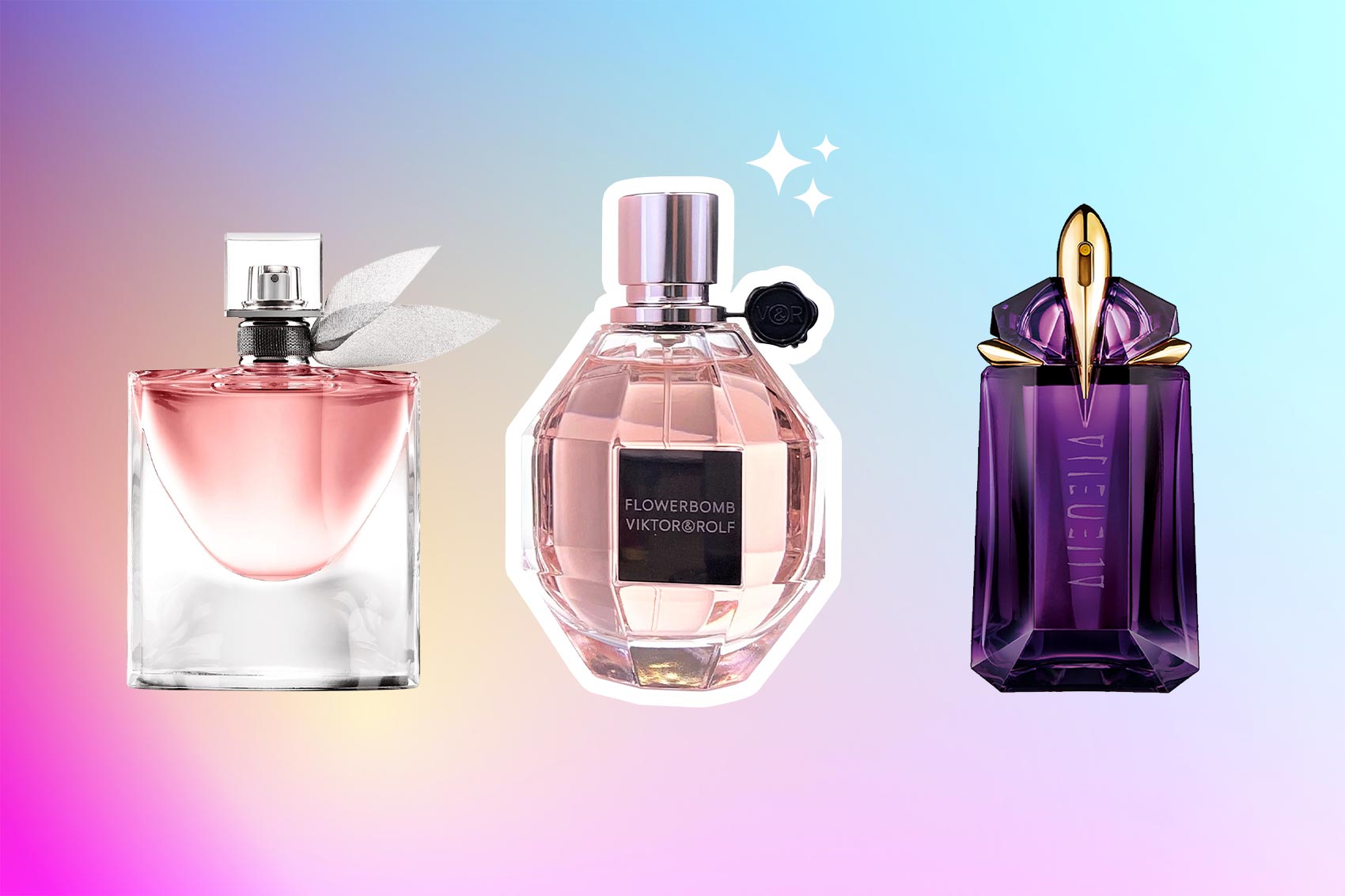 In recent years, there have not been quite as many successful perfumes for women as Flowerbomb by Viktor & Rolf. Unless you have been living under a rock, you will almost certainly have taken a whiff of this incredibly powerful and feminine floral fragrance.

But there may be instances where you want to make a less pronounced or similar statement with another fragrance. The good news is that there are an incredible number of worthy smell-alikes with very similar accords to Flowerbomb.

An Introduction To Flowerbomb

Flowerbomb is one of more than 90 fragrances created by Viktor & Rolf. While it may be one of many, it is certainly one of the brand’s most popular female fragrances. Launched in 2005, the perfume quickly became the signature scent for many people.

This isn’t a fragrance for the light-hearted. While some florals are discreet and gentle, this blend of heady floral notes and musk is intensely feminine and powerful. For people who like a fragrance that stands out but shows off their womanly side, Flowerbomb is an excellent choice.

The strong projection of this fragrance won’t go unnoticed and the scent is very long-lasting with the dry down often persevering until the next day.

Flowerbomb is an Oriental Floral fragrance that begins with fresh notes of tea, bergamot, and osmanthus. But as it moves through the heart, rich floral notes of jasmine, rose, orchid, freesia, and African orange flower begin to come through, wrapping the wearer and those around them in a beautiful bouquet.

After a few hours of wearing, your body heat and chemistry react with the scent to bring out intense musky notes and warm patchouli. There is also a strong hint of vanilla at the base, which adds a certain sweetness to Flowerbomb without making it cloying.

One of the best things about this fragrance is that it is so versatile. There isn’t a specific age group that this perfume is suited to rather, it works for ladies from all generations. There is the youthful sweetness that perfectly complements the mature floral character of the scent. Worn during the day, Flowerbomb delivers a strong, feminine statement, whereas evening wear offers the power of a more intense statement.

With Flowerbomb being such a well-loved fragrance, it comes as no surprise that many other perfumes have followed suit and blended similar notes to create remarkable similar floral scents. While there are many to choose from, we believe that the following fragrances are the best alternatives to Viktor & Rolf’s mega-fragrance.

Looking at the bottle, the colors and overall style have a similar quality to Flowerbomb with pink hues and an accented bottle. However, this is, like the fragrance within, much softer and less sexy. But that is not to say that it isn’t feminine. La Vie Est Belle could be seen as the innocent little sister of Flowerbomb that still has incredible longevity.

The opening is vastly different with fruity notes of pear and blackcurrant. However, it moves through a floral heart that contains the same jasmine accords as well as orange blossom that replaces the African orange flower of Flowerbomb.

The base is markedly similar with vanilla but this sweetness is built upon through the use of praline and Tonka bean. This makes the fragrance much more youthful than Flowerbomb and may suit young ladies who are just beginning to experiment with fragrance.

At first glance and first sniff, you might not think that Alien is very similar to Flowerbomb at all. However, it is the strong notes of jasmine that allow us to compare these fragrances. Both perfumes go very heavy on the jasmine and are unashamed about this.

Jasmine is known to be a very precious scent in many parts of the world, particularly India, where it is used in a seductive manner. If you are a jasmine fan who wants something slightly less floral but just as strong as Flowerbomb, Alien may be a good alternative.

Both were launched in the same year and so they became competitors. Both skyrocketed to success, with Alien being another of the year’s most well-loved fragrances for women. The two have a number of similarities in the jasmine notes and intensity but each also has unique qualities that make them ideal for times when you want to stand out. What’s more, the deep feminine sensuality of each fragrance makes them great to switch between.

Released in the year after Flowerbomb, Shh… by Jade Goody is a much more affordable alternative. But surprisingly, it still has much of the same intense character as Flowerbomb and lasts throughout the day and beyond. With some less expensive fragrances, there is a risk that the longevity won’t be as good, but that is not the case here.

Shh… is an amber floral fragrance with strong Oriental notes that put it in the same family as Flowerbomb. While it uses many of the same accords, these are complemented in vastly different ways. For example, the bergamot at the head is accompanied by cassis and citrus notes leaning towards a fresher, summery fragrance.

At the heart, jasmine, freesia, and rose perfectly mimic the feel of Flowerbomb but cumin and cinnamon add an extremely spicy and rich personality. This feels much more seductive and mature in comparison.

The sweet vanilla and musk base of Flowerbomb is similar to Shh… with the latter also using amber and sandalwood for a warming finish.

Looking at the brightly colored, leopard print packaging, you could be forgiven for thinking that this was more of an animalistic fragrance than a floral one. In terms of having very similar notes to Flowerbomb, Love Generation Leopard comes closer than anything else. In fact, many might think that this was a direct copy.

You might think that the notes have simply been moved around, with rose at the head rather than the heart and osmanthus moving from the beginning to the end. But the play on these notes in Love Generation Leopard gives this remarkably similar yet unique character to Flowerbomb.

It opens with the same bergamot accords, which are followed by jasmine and freesia. After drying down, the base reveals that musky sweetness that Flowerbomb is famed for. However, the way that this affordable scent has been developed lends it to a more youthful audience. When coupled with the vibrant packaging, this would make a great gift for young girls who aren’t quite ready for designer perfume.

We couldn’t really write a rundown of the most similar fragrance to Flowerbomb without including its intense younger sister. Launched in the years that followed the success of the original, Flowerbomb Extreme is a much more passionate and mysterious take on the scent.

Flowerbomb Extreme has just the same amount of punch as Flowerbomb, and it isn’t for people who don’t want to be noticed. Just a couple of sprays and this rich, long-lasting fragrance will entice people throughout the day. If you want to make a loud statement that is far more than Flowerbomb would be capable of, Flowerbomb Extreme can help you do that.

Many of the same notes are included in this perfume, with bergamot and tea in the opening; exactly the same as the original. The heart is also very similar to Flowerbomb with only osmanthus making it different.

However, the base features a much more complex blend, with the musk and vanilla being complemented by benzoin, patchouli, and amber. This gives Flowerbomb Extreme a much warmer and richer finish that some might say has a far more seductive nature.

Choosing A Fragrance Similar To Flowerbomb

When you are looking to select a fragrance that is close to the mighty Flowerbomb, it is vitalto consider the strength of this perfume. Flowerbomb doesn’t shy away and isn’t afraid to make a statement; choosing another floral perfume with this level of intensity is a good place to start.

However, it is also possible to choose something a little more subdued for those times when less is more. But you should be very careful not to stumble into the territory of cheap dupes whose scent will dissipate soon after spraying. Staying with reputable and well-known brands is usually the best way. Even if you are looking for something a little more affordable, there are fragrance brands that offer this without compromising the quality.

The heady floral notes found in Flowerbomb are commonly used in the fragrance industry so it isn’t difficult to come across similar smells. Things like jasmine and rose which feature heavily in this fragrance are two of the most frequently used florals in perfume. Combine these with the musk in the base and you’ll have something that resembles Flowerbomb perfectly.