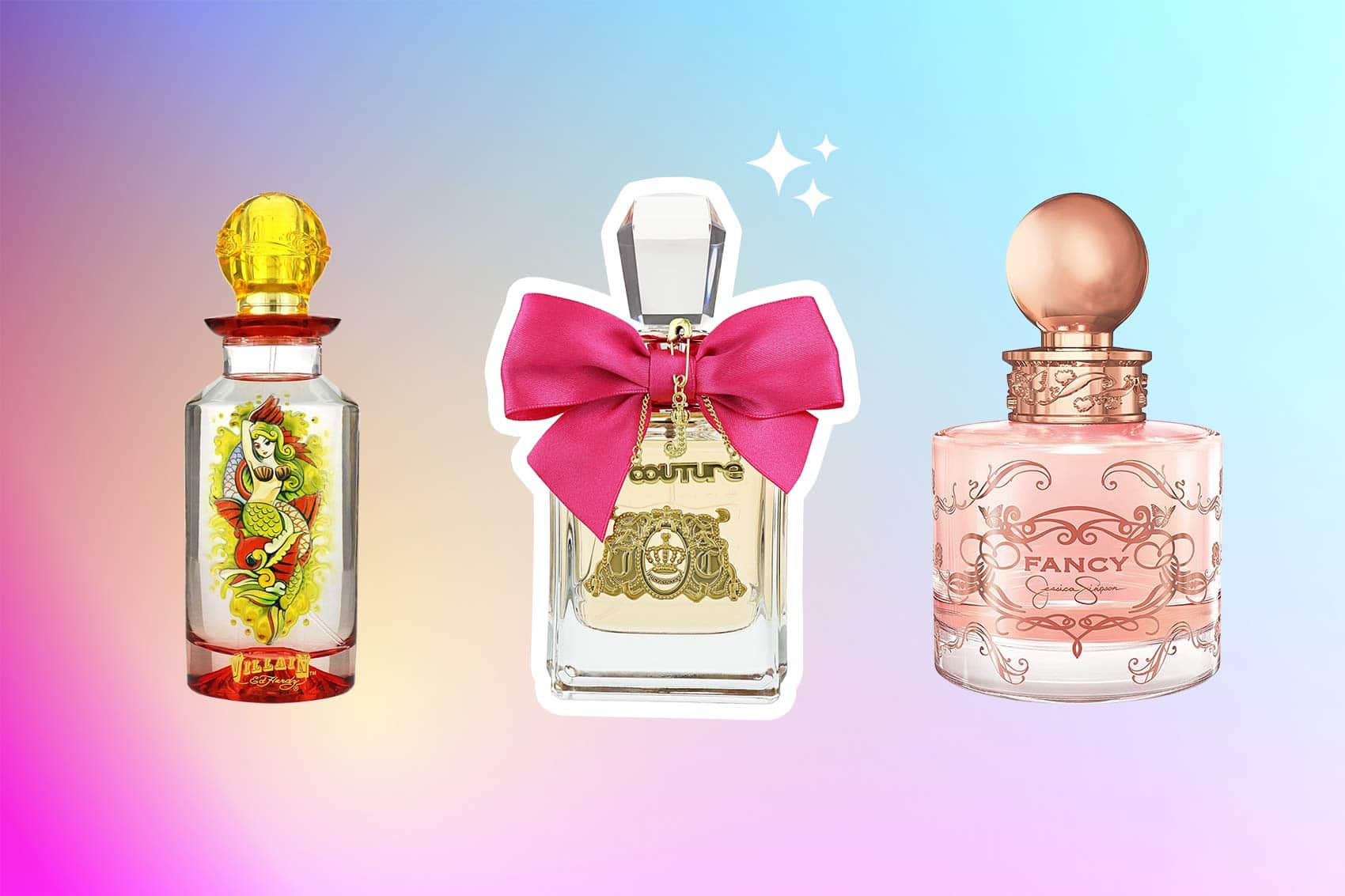 Few perfumes have withstood the test of time and remained as popular as Viva La Juicy has. This subtle, yet unmistakable signature scent has remained one of Juicy Couture’s best-sellers for nearly fifteen years and continues to remain one of the most popular sweet yet citrusy-based scents.

Featuring a refreshing mix of sweet ripened citrus, fresh jasmine, smooth vanilla, and bright caramel, Viva La Juicy is the perfect fragrance that takes you from the workplace to a romantic night out.

If your local shop is having a hard time keeping this bestselling fragrance on the shelves, or you’re simply looking for something similar, here’s a list of other great perfumes that hit all the aromatic notes that Viva La Juicy does.

Originally launched over a decade ago in 2008, Viva La Juicy was created as part of the perfume lineup sold by designer brand Juicy Couture. This fragrance was initially developed as a response to other popular floral fragrances of the early 2000s but quickly outpaced its competitors within just a few months of its launch. Viva La Juicy has earned its place among other classic favorites within the perfume industry.

Though not the first fragrance to be created by Juicy Couture (that distinction belongs to Juicy Couture’s namesake fragrance launched in 2006), it has remained a popular favorite due to its sweet, playful fragrance profile as well as its versatility among women of all ages. Juicy Couture recently stated that they still sell one bottle of Viva La Juicy every single minute.

Viva La Juicy brings to mind carefree spring days and picnics in the park. When looking for similar fragrances and dupes, you want to look for a few specific scent notes. Keep in mind that Viva La Juicy has a sweet, almost candy-like scent that hits right after you spritz it. Following are the floral aromas and fruity undertones. Similar fragrances will hit all these notes, with slight differences in their overall composition.

If you’re looking for a perfume with similar fragrance notes but a bit more aquatic, Villian is a great alternative. The head is candied and similar to Viva La Juicy, however, the floral notes are more subtle. A sweet citrus note remains as it dries, which is pleasantly subtle.

Villain does hit the same fruity and floral notes as Viva La Juicy, however, it features a slightly aquatic top note, almost reminiscent of a tropical ocean. This fits well with its sweet jasmine base and is a great option if you’re looking for a perfume with slightly more subtle sweet notes.

The packaging is playfully fiendish as it features an ethereal mermaid against a clear backdrop. While this packaging is completely different from the luxurious “blinged-out” bottle that embodies the spirit of Viva La Juicy, a quick spritz is all you need to quickly identify it as hitting very similar notes.

Ariana Grande’s perfume line features floral scents with sweet candy overtones, so it’s no wonder that Sweet Like Candy has a very similar feel to Viva La Juicy. The packaging features a cotton-candy color fragrance bottle and neatly embodies the essence of its soft caramel scent.

The heart of Sweet Like Candy is boldly sweet, yet not overpowering. Finishing on a light cherry blossom note, this perfume is perfect for those who are looking for an option that is a bit lighter on the vanilla undertone. There aren’t any surprising olfactory notes with Sweet Like Candy as it dries down.

If you’re looking for a fragrance option that hits a little less on the floral notes that are so boldly featured in Viva La Juicy, check out Rogue Love by Rhianna. Rogue Love leans more towards the fruitier side of the spectrum and features sweet peach notes at the head while sliding into a vanilla and caramel undertone that becomes quite subtle as it dries.

There is a slight note of amber with Rogue Love, which becomes less noticeable as the mandarin and berry become more pronounced at the heart of this perfume. There aren’t any notes of gardenia in Rogue Love like there are in Viva La Juicy, which makes it perfect for those who don’t care for gardenia’s heavily floral scent.

I love the packaging of Rogue Love, as it has a very elegant gold hue with rebellious metallic accents that run along the bottom. The price point of Rogue Love is lower, which makes it a great option for those who are looking for something a little less expensive than Viva La Juicy.

The price point of Untold Absolu is comparable to that of Viva La Juicy, however, there are a few notable differences that sets it slightly apart from its counterpart. Untold Absolu is remarkably similar to Viva La Juicy, but there is a notable amber scent at the base which becomes a little less pronounced as it moves through its fragrance profile.

Untold Absolu is not overly sweet, but its fruity notes are slightly more pronounced than Viva La Juicy. Where Viva La Juicy leans heavily on its vanilla and caramel base, Untold Absolu places caramel at the back of its scent profile. There is a noticeable overtone of plum and currants at the heart, with a slight hint of spiciness that isn’t much present in Viva La Juicy.

For an option that’s not overly sweet yet still hits vanilla base notes and floral middle notes, check out Gucci Bamboo by Gucci. Viva La Juicy’s top notes are unmistakably sweet and citrusy, however, Gucci Bamboo features a variety of floral notes at the middle which balance out its bergamot heart.

The packaging of Gucci Bamboo is very streamlined, which is a characteristic of the fashion designer himself. With a beautiful crystal-like appearance and a bold silver top, its understated appearance is designed to let the fragrance speak for itself.

The price point of Gucci Bamboo is one of the highest featured in this guide. Still, its rich aromatic qualities and perfect balance of floral, citrus, and vanilla notes make it a fantastic option for those who like Viva La Juicy but prefer something slightly less sweet.

$32.49 at Amazon.com
at Perfume.com
at Fragrancenet.com

The base is unmistakably fruity, with pear essence at the heart of its top notes. While it hits on the floral gardenia notes, it takes it a step further with the introduction of warm black vanilla at its heart. Noir Tease is an unmistakably warm fragrance, as there is a woodsy characteristic in its middle notes, which is absent in Viva La Juicy.

Victoria’s Secret is known for its luxurious packaging, and Noir Tease is no exception. The bottle is overtly feminine, with a black fishnet print covering its entirety and a classic pink atomizer that sits covered in a black lacey bow. Noir Tease is an excellent lower-priced option for those who enjoy Viva La Juicy’s fragrance profile, yet aren’t a massive fan of its citrus notes.

7. Love Don’t Be Shy by Kilian

For a high-end luxury option, check out Love Don’t Be Shy by Kilian. While the top notes feature a sweet bergamot essence, a very distinct base of musk and civet gives it a more woodsy, animalistic feel. The middle notes carry a citrus essence through the head, but then continue to move through a rich, floral mix of jasmine, rose, and iris.

The packaging of Love Don’t Be Shy is not overly showy. It’s stunning, with the fragrance itself featuring a rose gold hue. The gold emblem and the use of cursive on the bottle give it a classic, romantic feel. This is a great fragrance option who enjoy Viva La Juicy’s floral and citrus notes, yet prefer a muskier base.

Ralph Lauren’s Big Pony 2 is a flanker of Big Pony 1, yet features a more general fruitiness instead of concentrating on citrusy top notes. Vanilla top notes accompany the fruitiness, as the middle notes round out a spicy amber fragrance that lingers as it dries. There’s a slight hint of sour notes at the base, which isn’t found in Viva La Juicy.

The packaging of Big Pony 2 is similar to its predecessor (and subsequent follow-ups) with the iconic polo player sitting atop a majestic horse. Its bright lavender-pink hue and bold blue number 2 largely featured on the front make it an unmistakable Ralph Lauren fragrance and is a perfect option for those who enjoy Viva La Juicy’s fruitiness, yet enjoy a hint of spicy amber as well.

Similar to Viva La Juicy, Fancy by Jessica Simpson hit the vanilla, caramel, and white floral middle notes, yet features a sweet, mixed-fruit top note. Right out of the bottle Fancy starts off with a hint of ripened berries and pear, then transitions into a smooth middle note combining gardenia and caramel. Rounding out the base is a smoky sandalwood finish, giving it more of a woodsy feel as it dries.

This long-lasting perfume is great for long summer days and evenings by the bonfire. It’s not overpowering and hits many of the similar notes of Viva La Juicy. The main difference is that Viva La Juicy incorporates the floral qualities into its top notes, while Fancy introduces them as a more subtle middle note.

I love the packaging and its attention to detail. The small rose gold bottle features a beautiful floral design and bold gold top which makes it a great gift option for family and friends. The price point makes it affordable and is a great value considering its high-quality fragrance profile.

When choosing a perfume with a similar fragrance profile to Viva La Juicy, be sure to look for citrus, caramel, and vanilla notes. The base of Viva La Juicy is an unmistakable mix of fruity and floral qualities. This makes it a universally appealing option for women who enjoy a light, yet sweet, fragrance.

Viva La Juicy strikes a rare balance of being sweet without being too overpowering. It seems that the slight woodiness at its middle notes does a great job of balancing out the sweetness without being too noticeable. If you’re looking for something similar to Viva La Juicy, there are several high-quality alternatives at various price points, which feature very similar fruity and floral top and middle notes.