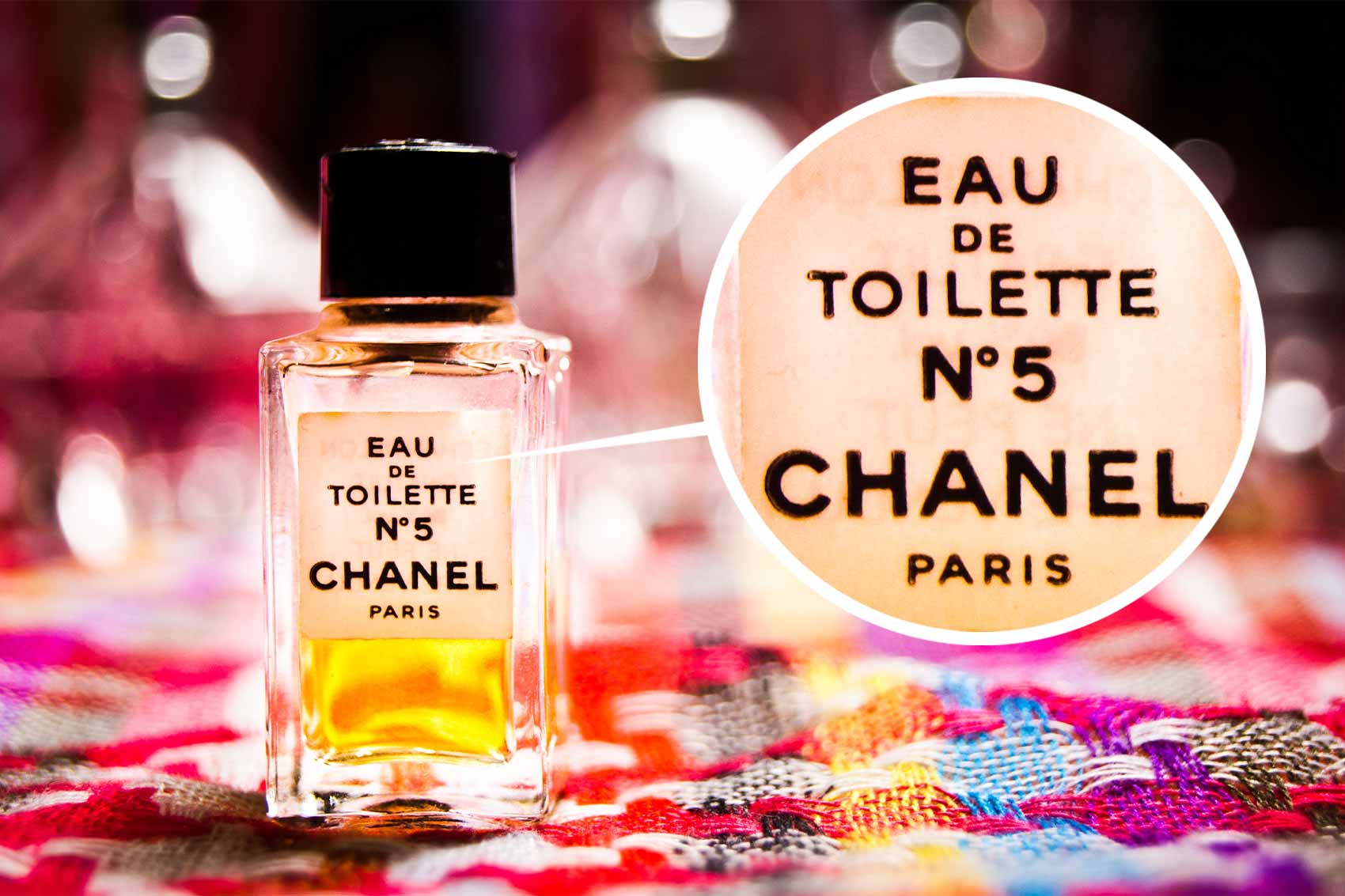 In the world of perfume, you will hear many different phrases, and when you’re just beginning to discover fragrance, this can be confusing. But don’t worry; you’re not alone. If you’ve ever wondered what on earth eau de toilette is, then you’re in the right place. Toilet water perfume may not sound as elegant in English as it does in the beautiful French language, but essentially it means the same thing. But no, it hasn’t been taken from the bathroom. Let’s discover what eau de toilette actually is.

Why do they call perfume toilet water?

Not all perfumes are called eau de toilette. You may notice that some are called eau de parfum or eau de cologne. The important thing to remember is that while they are all fragrances, each is different and unique in its own way.

When you hear someone referring to perfume as an eau de toilette, they are talking about a lighter fragrance with a much higher alcohol content. Eau de toilette was initially developed to mask the natural odor of a person since, back in the old days, bathing wasn’t as regularly done as it is today.

While today, this type of fragrance is typically used when a fresher or less intense scent is needed, it has remained popular. In any case, you can be sure that nowhere in its composition is there any literal toilet water.

What does eau de toilette mean?

When you see the words eau de toilette printed on the packaging of a fragrance, you may wonder what this means. Understanding what an eau de toilette is will help you choose the right perfume for you.

Eau de toilette is the French way of saying ‘toilet water’, but of course, this doesn’t mean that water from a toilet was used. These perfumes generally contain much more diluted essential oils and have a lighter and fresher fragrance than their eau de parfum counterparts.

Usually, an eau de toilette is used to freshen up, and this is how the fragrance originally got its name. Back in France, where the perfume industry blew up in the 1500s, ladies, in particular, would use an eau de toilette as a skin freshener. You may sometimes hear eau de toilette being called ‘aromatic water.’

The term comes from a French term ‘faire sa toilette’, which roughly translates into English as ‘getting ready’ or ‘to wash.’ Of course, a big part of getting ready for the day involves applying your favorite fragrance, and certainly does not mean that perfumes contain real toilet water.

What is the difference between eau de toilette and perfume?

When you look to purchase a new fragrance, you will notice that one of the most common choices is eau de parfum, sometimes simply called perfume in English. Unlike an eau de toilette, perfume has a much more highly concentrated composition and therefore, a more intense aroma.

Where a perfume may have as much as 20% perfume oils, an eau de toilette may only contain between 5% and 15%. Eau de toilette also contains more alcohol and water than eau de parfum. As a result, the fragrance tends to have a much fuller aroma and will last much longer on the skin.

Neither product should be considered better than the other because each is designed to do a different job. The eau de toilette is for freshening up and leaving a light and delicate fragrance. An eau de parfum should be worn when you want something longer-lasting. Although, it is possible to go one step further and invest in an extrait de parfum, which may contain up to 40% fragrance oil.

What is the difference between eau de toilette and cologne?

While eau de toilette is commonly used when a lighter scent is needed, there is an even more delicate alternative; eau de cologne. This type of fragrance is typically used for masculine perfumes, especially those aimed at a younger audience. Its longevity typically lasts just a couple of hours, where an eau de toilette may last up to four hours, depending on the structure.

With an eau de cologne, the concentration of perfumed oils is even lower, with the average product containing around 4% fragrance oil. These scents are ideal for light daytime wear and are typically much more affordable than eau de toilette and perfumes.

Going back in history, the phrase eau de cologne was typically used to talk about a specific composition used in the fragrance industry. This was made from herbal and citrus notes without many base notes. Base notes generally provide a fragrance with longevity, and not including these is likely why these scents do not last as long.

How to use eau de toilette perfume

With eau de parfum being such a strong aroma, many fragrance fans typically agree that this should be used for more formal wear like evening events. In contrast, the lightness and delicate fragrance of an eau de toilette is much better used as a daytime fragrance. This is one of the first ‘rules’ of wearing an eau de toilette.

Moreover, it is essential to consider where you apply your eau de toilette to make it last longer. While you may think that your fragrance will naturally last the typical four hours, it could be less if you don’t apply it in the right places.

For example, putting eau de toilette on your pulse points will allow for greater projection of your scent. These areas may include the base of the throat, behind the ears, the wrists, and the insides of the elbows. Applying a little petroleum jelly to your pulse points beforehand can increase your fragrance’s longevity.

It is also essential to carefully store your eau de toilette bottle as exposure to certain conditions can reduce its effectiveness. Humid or overly warm environments can damage the structure of the fragrance and cause it to become weaker. Keeping it in a cool, dry place will ensure it remains at its best.

Many eau de toilettes also have a matching body cream or wash. Using these before the spray will layer your fragrance, making it go much further. While these scents may be less prominent, too much can become offensive, so we suggest sticking to around five sprays per application.

The fragrance industry is massive; by 2025, it is believed that it will be worth a whopping 52.4 billion dollars. Of course, this could only be the case if there were lots of products to choose from, and when it comes to choosing a toilet water perfume, you don’t lack in choice.

While there are hundreds, if not thousands of eau de toilette fragrances on the market today, we have rounded up our top five.

As one of the most iconic fragrances of the 1990s, CK One is a light, fresh eau de toilette that is the perfect example of this type of fragrance. Designed for men and women, CK One uses prominent citrus notes that would have featured heavily in the first eau de toilettes all those years ago.

Head notes like bergamot, lemon, and pineapple open up to reveal floral heart notes. The gentle woody base notes give this fragrance a delicate longevity that many consider to be the epitome of the eau de toilette.

Yves Saint Laurent is one of the most well-respected perfume brands around, and one of its most well-loved fragrances is Rive Gauche. This is a very classic scent with strong notes of aldehydes that bring on a sense of nostalgia.

Coupled with these notes are vibrant citruses for that noticeably fresh eau de toilette scent. The woodsy base notes allow for a slightly more extended-than-average longevity without making this an over-the-top fragrance.

While there is an eau de parfum version of Chance, the eau de toilette is a chypre floral fragrance for women that is much less intense and perfect for summer, daytime wear.

At the heart of French perfume making, Chanel can lay claim to developing one of the most iconic historical fragrances; No 5. Since then, the brand has launched many well-received fragrances. Chance is a sophisticated yet youthful eau de toilette that uses traditional citrus notes alongside florals like iris and jasmine for a genuinely delicate feminine statement.

If you think of an eau de toilette for men, your mind may instantly wander to the aromatic notes of Cool Water; one of the most well-loved toilet water perfumes for guys. As a way to freshen up, this unique and unmistakable scent is a classic.

Cool Water for men has a deeply marine vibe and uses notes of seawater alongside herbal notes. These herbal notes were commonly used in early eau de toilette perfumes and work very well in modern compositions. Things like mint and lavender give Cool Water a unique character without being overpowering.

Another very popular eau de toilette for men is Blue Jeans by Versace. This is a very masculine fragrance that boasts many citrus and herbal notes blended with some much richer, spicier ones. Many men would consider this a classic and at such an affordable price, it’s no wonder that people always come back to it.

Blue Jeans has a rather complex composition using notes like bergamot, basil, lavender, and sage through the opening and beyond. As it dries down, the fragrance reveals woody notes alongside vanilla and iris, leaving a delicate scent behind.

Is eau de toilette for men or women?

Eau de toilette has historically been used as a fragrance recipe for both male and female fragrances. You will see that many brands make one men’s and one women’s version of any given eau de toilette while others make unisex sprays.