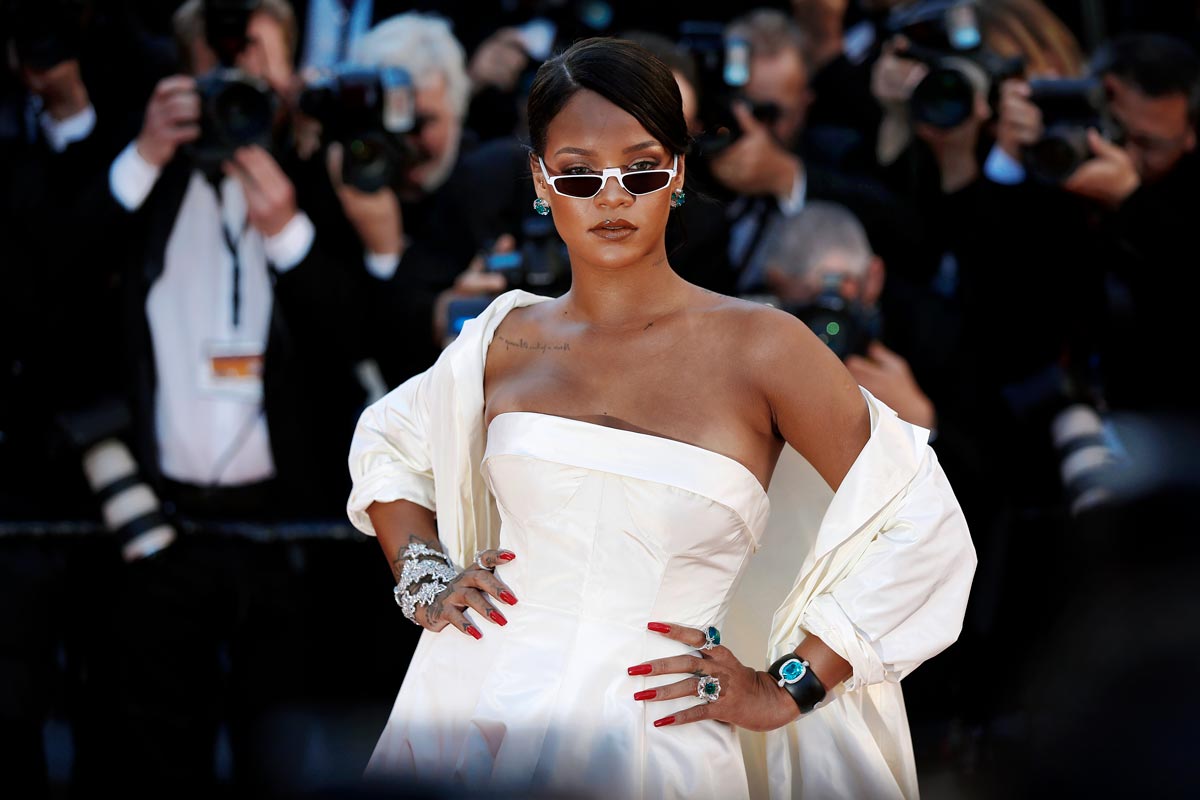 Global superstar, Rihanna, has taken center stage for many reasons; her incredible musical talent, her unique sound, her beautiful looks. But one question that remains on the lips of many people is what perfume does Rihanna wear?

Women and girls around the world have always wanted to follow in the footsteps of the Queen of Pop and RnB and mimicking her scent is a great place to start. If you want to fill a room with the same fragrance as Rihanna, then you’ll need to be looking for Love, Don’t Be Shy by Kilian.

Why is Rihanna’s favorite perfume causing such a stir?

Rihanna may be known for her hugely successful music career, but her impact on the world of beauty cannot be ignored. The star has launched her globally successful makeup line, Fenty Beauty which she described as being inspired by the desire to be included.

But with the success of Fenty Beauty, one would have assumed that Rihanna would have been sporting her own perfumes. Well, as it turns out, this isn’t the case. While she does have a range of perfumes out there, Rihanna proudly wafts the beautifully sweet scent of Kilian’s Love, Don’t Be Shy.

Surprised? I was. But what really caught my attention wasn’t so much the fact that Rihanna favored this extremely high-end fragrance over her own, but more the impact it is having on other celebrities.

Take Lil Nas X, for example. The American rapper/singer and songwriter was given a series of quickfire questions in a recent interview which, thankfully for us, was all caught on camera. When opening a piece of paper with the question ‘what’s your favorite smell?’ the singer chuckles coyly and replies ‘Rihanna’.

Interviewers press further and ask Lil Nas X what she smells like, he simply tells them that she ‘smells like heaven‘. At that moment, the besotted rapper seemed like a teenage boy in love but he isn’t the only one with a penchant for Ri’s perfume.

One of the stars of the American sitcom ‘Black-ish’ met Rihanna at a 2020 event and proudly posed for a photo with the singer. Posting on Instagram, Miles Brown was inundated with comments and likes on the photo. One commenter questioned what Rihanna smelled like and his reply was ‘like shea butter and success’.

And so the list goes on. There have been spatterings of reports all over the internet and social media where celebrities including Jennifer Lawrence, Nigella Lawson, Nick Jonas, and Jim Parsons have all declared their love of Rihanna’s infamous scent. She’s been told she smells like ‘heaven’ or ‘like dreams coming true’. It’s no wonder that so many people want to replicate her alluring aroma.

While many of the celebrity declarations of love have been very recent, it was in 2016 that the world was first given a sneak peek into the life of the hugely successful star. A friend of Rihanna’s known only as @Stylishgent on Instagram, announced to the world that the songstress wears Kilian Love, Don’t Be Shy.

The news was announced by the official Kilian Insta page and the caption of the photo read ‘thanks to @stylishgent for letting me know that Rihanna @badgirlriri wearing #love #dontbeshy’.

Now, for most people, revealing their signature scent wouldn’t be too much of a problem, unless you really wanted to maintain that air of mystery. But for Rihanna, this was a devastating blow. Why on earth wasn’t she wearing one of her own fragrances?

But is Kilian Love, Don’t Be Shy worth the hype?

Launched in 2007, Love, Don’t Be Shy, sometimes simply called Love is a fragrance that is often described as being amber. However, there is far more complexity than merely notes of amber, although this is an accord that I find very easy on the nose. But what’s surprising is that there isn’t actually any amber present in the composition.

After the massive uproar caused from the reveal of Riri’s favorite fragrance, naturally the world and his wife wanted in on the action. But of course, the question on everybody’s lips was whether the perfume lived up to the expectations.

It wasn’t going to disappoint. Fans and the world’s press were enamored by the sweet, warm notes contained within Kilian Love, Don’t Be Shy. Reports were written by some of the biggest names in journalism with the Huffington Post describing the fragrance as being ‘a warm blanket of cupcakes.’

Not only this, but almost every reporter that took to their keyboards to discuss the effects of the perfume noted how many compliments they received on the scent. Now everyone wanted to smell like the Queen of pop and it takes nothing more than browsing the official Kilian website to see that many of the perfume’s reviews come from people who had purchased the fragrance off the back of the Rihanna hype.

You could argue that the day the internet got broken by the Rihanna perfume revelation was some years ago now. It could quite easily be the case that Rihanna has since found a new signature scent. Fortunately, there was someone who was willing to put this theory to the test.

Beauty YouTube sensation, Jackie Aina, shared her recent private message history with Rihanna in which she questioned which perfume she wore. After fans saw the post, she was inundated with comments about Love Don’t Be Shy and as such, purchased a bottle for herself.

Once she assessed the fragrance for herself, Aina soon discovered that it smelt remarkably like Rihanna. So that settles it, it would appear that Rihanna does still wear the same scent and that Love Don’t Be Shy is indeed her signature scent.

Upon spraying, Love, Don’t Be Shy delivers an intense hit of neroli, bergamot, pink pepper, and coriander. It blends through to an incredibly floral heart that brings together the passion and romance of jasmine with orange blossom, honeysuckle, rose, and iris.

After drying down, Love, Don’t Be Shy takes on a much sweeter and animalistic character. The blend of notes is truly unique with civet and musk meeting caramel, sugay, and vanilla, finished with a hit of labdanum.

What’s wonderful about this fragrance is that it is wonderfully versatile and can be worn for so many occasions. Or, as in Rihanna’s case, as a signature perfume that everybody associates with you. However, while it is strong, there is also an extreme version that offers an even more intense experience.

Many of the accords remain the same in Love, Don’t Be Shy Extreme with the exception of just a few. While the top notes still compromise neroli and bergamot, these are now complemented by a much simpler heart of rose and orange blossom. The dry down reveals a much sweeter and less animal base of marshmallow, musk, and vanilla, that finished with a fruity pomegranate surprise.

Rihanna has made an astonishing impact on the world since the release of her debut single ‘Pon De Replay’ in 2005 and has become something of a sex symbol and a sweetheart all rolled into one. It’s little wonder then that so many people aspire to be more like the star and with a glimpse into her favorite beauty products, that is more than possible.

While Rihanna may have been a little irked at the fact it was revealed she doesn’t wear her own perfume brand, sales of Love Don’t Be Shy by Kilian skyrocketed. What’s more, with compliments referring to her as ‘heaven’, it doesn’t surprise me that she’s still rocking the scent to this very day.